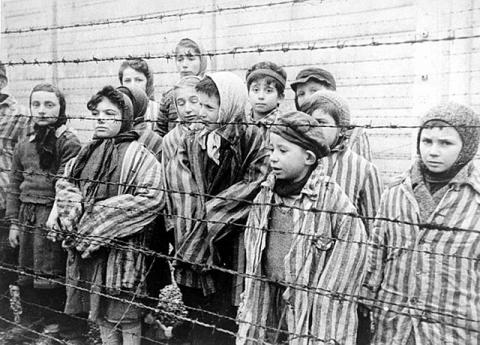 Names based on records found on the internet, story based on imagination..

As the water poured on him, he stared at his feet, unable to look up, unable to face his reflection.

After few minutes, he left the shower tube heading back to his room. Yet nothing about him changed. It is covering him still, the smell he’ll never sniff again is still on him, nothing is washed up. It’s stuck there like a second skin; pealing it off hurts, washing it out hurts, but keeping it hurts even more.

He didn’t even feel himself fall asleep with his wet towel on, as he started thinking about it all, again.

She looked at the sky above; it was summer time, but winter has been here for so long now, and grey was all you could see, no matter how hard you try.

She hurried back home. Soon it will get dark and she can’t be out when it does, not after what happened to her neighbor last week.

» Took you long enough young lady, where have you been all day?  » said her mother as soon as she stepped into the house.

She smiled at her sight, as she heard the giggles from the living room as loud as the silence that filled every place for two years now.

» Lennaaaa! » screamed her little brother, stopping her from losing herself in the never ending cycle of worrying, running his way through the kitchen and hugging her legs as if his life depended on it…

After dinner, she headed to her room, lit a candle, and to its dim light, she started writing the letter she have been aiming to write the whole day.

Waking up to the sound of screams, firing guns and marching soldiers, Helena felt it was going to be a long night as she hurried out of her room, leaving everything behind.

Smoke, everywhere, sofficating every living being it found on its way. She was no exception.

She coughed. Yet all she was thinking about at that moment was getting to the opposite room.

A matter of life and death.

Unable to spot him in the room, she panicked and started  screaming helplessly  looking for her brother through the dense smoky room.

And then she heard sobs, and she has never been happier to hear him cry.

Hiding under the wooden bed, Joeseph held his small legs tightly to his chest, and cried silently.

« I am scared. » he whispered the words, as if saying them, admitting them, was what scared him, not all of this mess.

She looked into his eyes, those little brown eyes she adored…

Far too young to die.

So with her brother curling in her hands, she made her way out of the now crushed room to the window at the end of the corridor. She saw two bodies pressed against each other, under the ashes across the living room.

A tear escaped her eyes, but it was no time to cry. Her arms tightened around Joeseph; it was time to survive.

Jumping out of the burning house, the sight made her panic : people running everywhere, every way, screaming, crying, some are just staring, probably shocked and others are lying on the ground, probably dead.

She filled her lungs with air that smelled like flames and sweat, then she started running, too.

They knew this was going to happen, but not this soon, not like this, not tonight. She didn’t even finish her letter. Most of the time, we’d like to believe there is one more chance tomorrow, most of the time, tomorrow never comes.

She knew where she had to go. They had played this scenario over and over again, and it was just time to act it out, to play, and win their lives.

She closed her eyes for an instant, remembering the sight her mother under the ashes, her father holding her in his arms, and even if it was impossible, she prayed they would make it, she prayed even if she knew so well that God can’t answer.

God, the reason why she lost everything that mattered to her. Believing should’ve never been a crime, a reason to kill. Yet for centuries now, it was. It is. And here they are, all of them, paying the price for a God they will never even see.

And while Helena was lost in her thoughts about God, the devil himself was approaching her from behind.

He started talking to her and pointing at a truck parked in front of the now burning synagogue.

He had blond hair, blue menacing eyes, and as he spoke to her with a foreign language vulgarly, she stared blankly at all the kids that were now in the truck, already wearing the striped uniform.

It’s funny. Sometimes, your whole existence as a human being is alienated by a piece of clothing.

He stopped talking, as if  waiting for her to go there while she was just unable to do anything.

Her eyes never leaving his, she pulled out the knife she hid, always, under her clothes, and before he can even understand what was happening, she stabbed him in the stomach.

Blood, all over her hands, but the sight of red meant there was a chance to make it.

Then she ran fast, taking a side way . She ran as fast as her shaking legs could handle, until she was where she was supposed to be. She saw that some of her little group members, were already there, and she was thankful that they were alive.

» Lena, thank god, hurry inside we are closing the doors in ten minutes », said Isaac, putting his arm on her shoulder as if he knew, consoling her.

Isaac didn’t utter a word, he just nodded as if he knew what she was thinking, and he did.

» Only ten minutes left Helena, I am sorry. »

And with that, he left her standing there with her now sleeping brother in hands that just took a life away.

If only he could wake up when all of this is done. Would God grant her that wish?

She put him down, in the corner of the street, and after placing her own scarf around him, she stood up, and started helping people get inside.

She can make it, I swear. She thought, as if to calm herself.

But then, it happened too fast, another blue-eyed man smirked her way, holding a shotgun in hand, facing what she cared about the most.

She jumped, too fast that she wasn’t even thinking.

And all of her life flashed in a moment, at that moment, but all her life was that one little face sleeping peacefully in front of her, for so long now, but not enough, she wasn’t saying goodbye, yet.
He was worth dying for, and she smiled feeling the bullet inside of her now, as her body got heavy, as her breath got heavier.. for a second, for the last second, she thought she must smile, because, she won’t give them the satisfaction of killing her crying, of making her brother take the burden, because her last heartbeat told her he will live, for her sake, he will.

She whispered her last breath, hoping he was awake to hear it

» I love you” , falling on top of him, as if she could hide him from death.

It was as soft as the wind, but he could hear it, and it was enough to wake him up. He knew the voice, even if it felt eerily far away. He felt her body on top of him, and panicked as her chest wasn’t beating against his fingers as it always did.

He looked instantly at her now lifeless eyes, but before he spilled the tears out, he saw the genuine smile on  her pale lips, and he knew it was for him. So he stayed there feeling her warmth, for the last time, fading away, and he knew, that this was the end even if he lived. A hand grabbed his, dragging him inside a building she talked about a lot when he slept secretly with her to keep the nightmares away, while someone cried over her holed body.

He cried along with people inside.

For the rest of their lives, it was 1941 every day, but it was ten minutes every single minute for him.

And it was a warm smile that makes it okay to cry, because it was so long ago, but every day feels like a new goodbye.

He woke up, wore his clothes and drove himself to work.
As if. 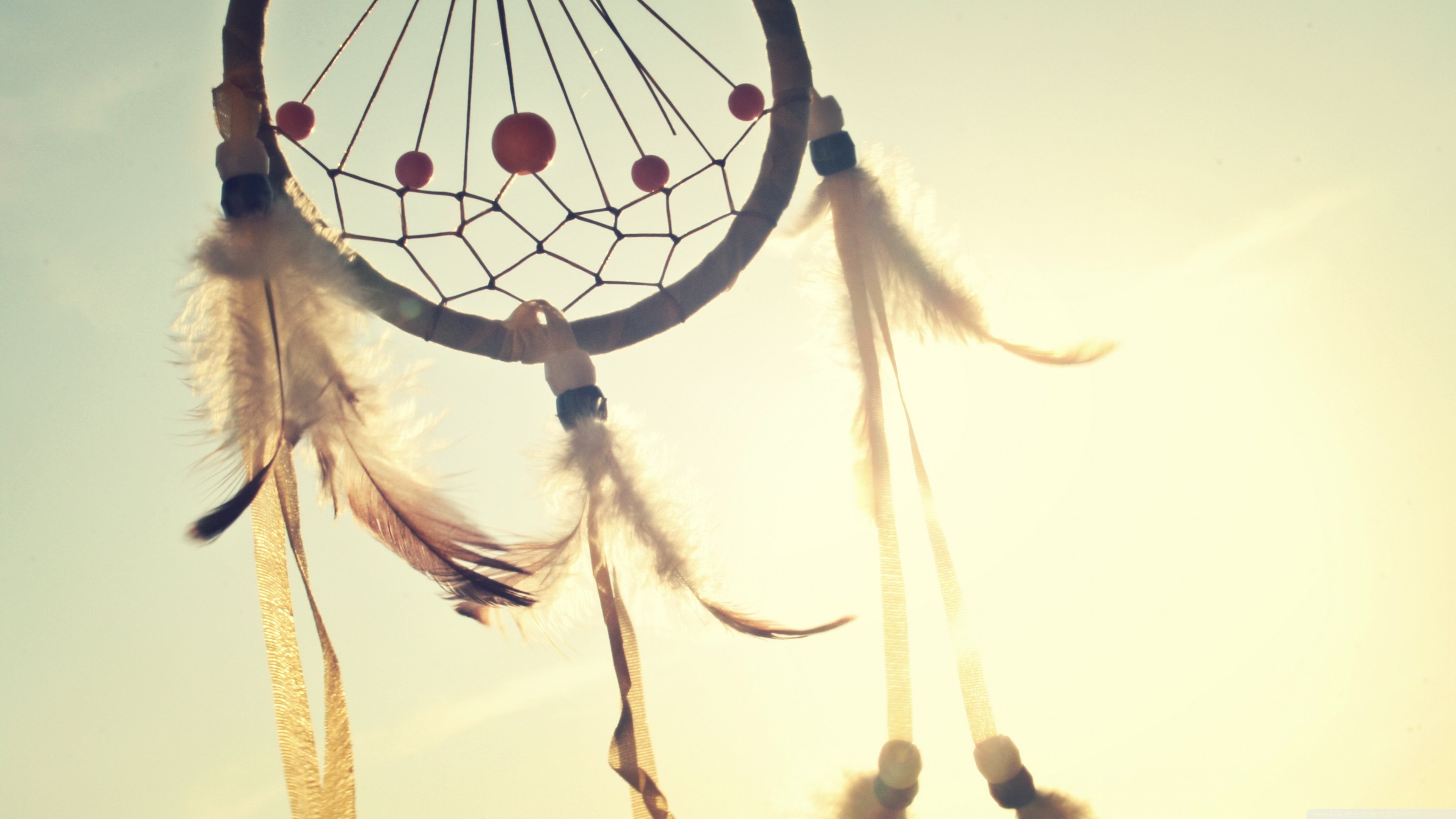 The Dream is an eye-opening, and sometimes a nightmarish, journey to another world related to ours, new faces, new places, mysterious images and many questions but no answers.

Dreams are all of that and much more. Here are 5 Amazing facts about dreams that’ll make you Surprised !

Fact #1: You can’t read anything while dreaming, or even tell what time it is  :

Sometimes you are unsure if you are dreaming or not, the easier way is to try reading something. Try to create a book in the dream and read its first lines. Well mostly you will fail and the majority of people can not read in their dreams !

The same goes for time. Each time you try to look at clock and know the time, you will get a different time and it will not be clear. Does that mean that there is no Time in the dreams ? or is Time just a river in the dreams ! Let me know what do you think !

There is a whole subculture of people practicing what is called lucid or conscious dreaming.

There are many techniques and ways to learn how to control your dreams. Many people have this skill and can make amazing things like flying, swiming, visiting many places and creating many new dimentions !

Next time, we will talk more about these techniques !

As I told you, dreams can be a door to another world. This door is a great source of inspiration and innovation and there are many example among the greatest inventions of mankind :

The idea for Google -Larry Page

…and many, many more.

In this case  dreams open a door for the future , there are many people who dreamt about things which happened to them later, exactly as they saw in their dreams !

You could say they got some signs from the future or it might just have been pure coincidence. That’s really interesting . How can they know about their future !

Some of the most famous premonition dreams include:

Abraham Lincoln dreamt of His Assassination

Sleepwalking is a very rare and potentially dangerous sleep disorder.

It is an extreme form of REM sleep disorder, and these people don’t just act out their dreams, but go on real adventures at night.

If you see someone who has this issue, don’t be afraid and try to wake him up and he will be back to the normal mood. Be careful because He can commit suicide or jump from his window when he is sleeping. So wake him up or make sure that he is back to his bed !