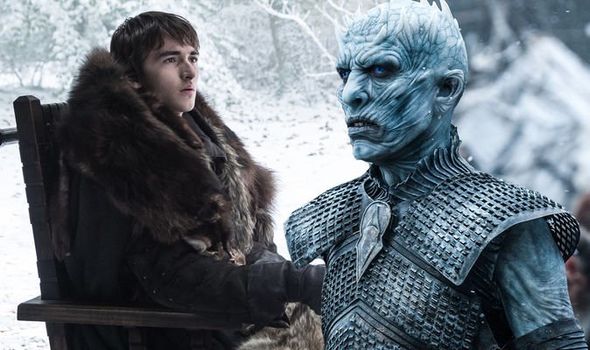 The second episode of GoT’s 8th season hit the world by storm last Sunday and I can’t help but say that it rendered so many of us absolutely speechless. If the episode had another title one would easily go with « The calm before storm » for this episode depicted Winterfell’s ongoing preparations for the big battle.

Needless to say that this review is filled to the brim with spoilers, so if you did not watch the episode yet (shame!) you might not want to read this.

The episode kicked off with Jaime Lannister’s « trial ». A swarm of Northerners along with Jon, Sansa, Tyrion, and Daenerys who’s enjoying the premature perks of being a queen. Fingers were pointed towards the poor King Slayer who happens to not only be an executioner, a traitor who caused Ned Stark’s death, but also a proud convict of incest… The list is far too long to cram into one coherent sentence.

As Jaime seemed to fail to get out of such a situation despite Tyrion’s failed trials of talking Dany out of it, Brienne of Tarth stepped in once again to salvage our favorite lion and vouched for him as a brother and as a fellow warrior.

Highlight of the trial: Bran’s clever « The things we’d do for love » comment.

Hearing such things would make you assume Bran harbors hatred for Jaime for what he had done. But no.

The trial scene is followed by a cascade of Jaime reunions: His forgiven by Bran who suddenly turned Godly with his three-eyed raven thingy, Tyrion still claims he knew nothing about Cersei’s endeavours and shares fantacies about a luxurious death, and most importantly we got a scene with Lady Brienne who oddly seems to miss Jaime’s insults.

Enough of Jaime, let’s move on to all the other imminently dying characters.

Jon Snow is giving Daenerys the cold treatment (see what I did there?) and seems to avoid her like the plague. She now names him the Warden of the North and he doesn’t seem to care much about titles right until the final scene inside the magical crypts. Jon and Dany stand before Lyanna’s statue where he gushes his heart out and tells Dany about his parents with pride in his tone.

Surprisingly, Daenerys did not seem to care about her lover’s birth secrets nor the fact that he happens to be her nephew. She only seemed to care about his claim to the Iron Throne and that’s when she dropped the solid argument of « How come the only ones who know are your stoned brother and your best friend? »

Moving on to a very important clue which is Bran’s claim that the Night King is after him since he is the memory of this world and the mark he left on his hand will always lead the Night King to him therefore he will use himself as bait as Theon protects him inside of Winterfell.

The episode was filled with tear jerking scenes which I took the pleasure of ordering:

I- Brianne finally becoming A Knight Of The Seven Kingdoms (The title of the episode).

She is probably the first female knight is all of westeros. Encouraged by Tormund’s undying love and giant’s milk and Jaime’s actual knighthood, Brienne’s arc is finally complete and we got to see the brightest smile throughout the whole series. We all know what’s coming next for Brianne. The only question that arises now is: Will Tormund die alongside her or will he mourn her for the rest of the series?

II-Arya breaking all of our hearts.

We watched Arya since season 1 when she was 10 according to the books and we got to see her grow as a warrior with a bit of a childish vibe. She finally stepped out of that shell and spent this season hitting on Gendry. She showed him her unprecedented skills and her deep « death has many faces » quotes. In the latest episode, she took things to the next level since it might as well be her last night on earth. However this might all be a game played by Arya since she only took the final initiative after knowing Gendry is indeed the last Barratheon. Could she possibly have something up her sleeves? Is she doing all of this just to get to the Melisandre?

Sansa and Dany discussed extremely important subjects prior to the battle such as Dany’s taller ex-lover or her twisted and complicated family or maybe her love and devotion that made her follow Jon to the North (I can’t help but show my obvious bias I’m sorry). They were 2 minutes away from braiding each other’s hair when Sansa dropped the North bomb. Sansa seems to harbor a deep love for the North and intends to keep it for the Starks no matter who gets to be seated on the Iron Throne. Dany is obviously not pleased since the seven kingdoms are not seven if the North is not included.

What I concluded: Daenerys only cares about the Iron Throne and Emilia’s either a terrible actress or Dany’s seriously trying to fool Sansa with the lover girl façade.

IV-What seems to be Grey Worm and Missandei’s final scene.

Sorry to bring grim to this party but the scene was too perfect. Grey Worm and Missandei discussed their future together in the Island of Narth (Which is filled with butterfly fever). The only characters that ever discussed the future were those two. The future is never a good sign.

V-The lads of the Night’s watch get together.

Things might’ve changed but the only 3 surviving « Crows » still keep their vows and pledge to gueard the realms of men from the death that’s marching towards poor little Winterfell. We got a nostalgic scene of them above the walls of the city just like they stood above The Wall.

From Sir Davos reminiscing over Shireen, poor lads getting ready for battle to weaker individuals hiding inside the « Safe » crypts of Winterfell. We got a glimpse of how real people got ready for this war with the newest BGM « Jenny of Oldsone » sang by our lovely Podrick (That’s also what he did with those girls).

This was my favorite scene of the whole season. It was so beautiful to see how much those characters grew since the 1st season and how much those terrible experiences they both went through shaped them into what they are today. The scene was sadly folds better than Jon and Arya’s long-awaited collision.

The episode was nostalgic and it is without a single doubt a token of farewell to many of our favorite characters who will die facing death itself. (Was that too cheesy?)

The next episode will be the longest in the series and will also be one of the biggest battles of TV history. It will be entitled « Battle For Winterfell »

During the latest episode we got a glimpse of the battle scene:

Jorah Momont (With Heart’s Bane which that he got from Sam) along with the Dorthrakis are right upfront which is an assured death for Jorah added to the fact that he completed his arc and accepted the fact that he’ll never be Daenerys’s Hand (or anything really).

Right after that, you can find the Unsullied lead by poor old Grey Worm.

On the right, there the army of the North lead by Jon Snow and the rest of that army is on the left lead by Brienne, Jaime, and the Knights of the Vale.

Dany si luring with her dragons near Winterfell.

Bran is meanwhile protected by Theon while most of the other characters hide in the Crypts.

The city and the warriors are well equiped with Drangonglass and 4 Valyrian steel swords.

Only the next episode can reveal how this batlle will unfold. Who will win? Who will parish? What faces of death are we going to encounter? Too many uncertainties.

There’s one thing we all know for sure « If we die, at least we’ll die together » God I love Tormund!