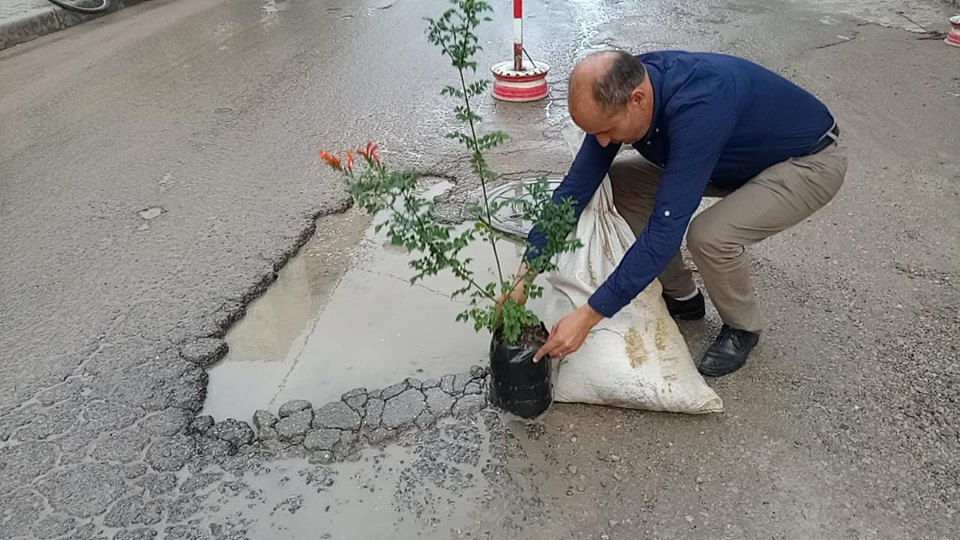 Lately a new trend has gone viral on social media which has created a notable online controversy.
In Fact, a group of civil society activists launched a campaign entitled “شجرة في كل حفرة”, which translates to planting small trees in Jammal’s damaged streets.
Thus, to protest the bad infrastructure in the city of Jammal, Monastir.
The campaign aims to plant a small tree or a flower in every pit, said Mourad Mili the person behind this initiative.
Indeed, the goal of this action is “to send a message to the municipality of Jammal that repairing the roads doesn’t require huge funds or profound studies…” mentioned Mourad Mili in association with the activist Fathi Louzi.
In Addition, this initiative is “a peaceful and symbolic protest to put the pressure on the municipality to intervene in solving such emergency cases…” he added .

“Planting trees in damaged streets aims to warn drivers from fatal accidents first, then to draw the attention of the municipality to its lack of effectiveness in solving the streets’ and waste issues.” Claimed Mourad Mili in an interview with “MEEM” magazine.
In Fact, in the previous days, Tunisia has witnessed the precipitation of heavy rains that destroyed its infrastructure, what Tunisians considered as a dangerous case of corruption of the contractors in building the roads in different regions.
All in all, this campaign has been shared by many Facebook users. Consequently, it has inspired the inhabitants of the district of Magel Bel Abbès, governorate of Kasserine to launch the same action for the exact same reasons. 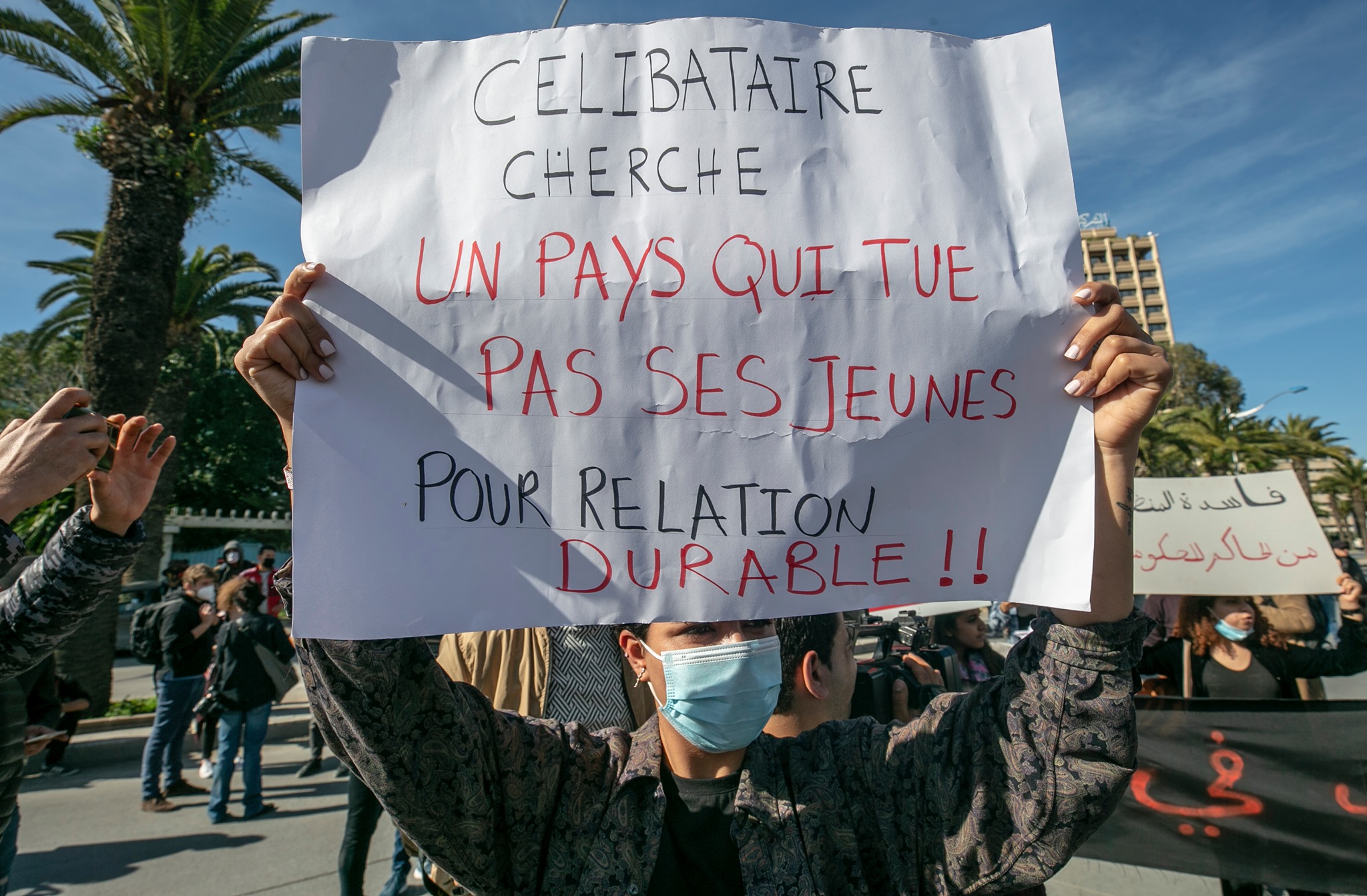