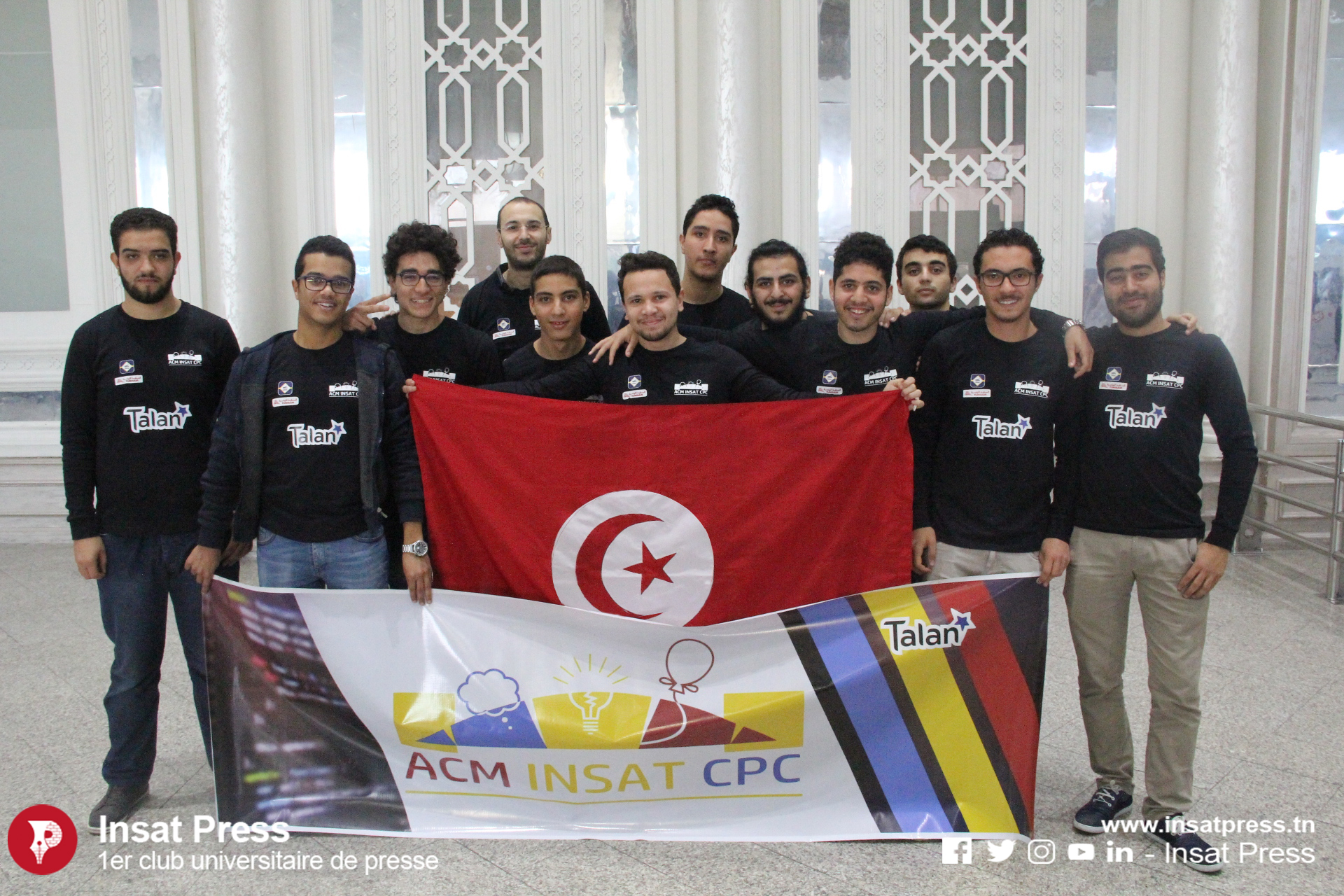 ACM ACPC: have you ever heard of it?

Two teams from our INSAT took off this morning for Sharm El Sheikh to participate in this year’s edition.

The contest is a multi-tiered competition among teams of university students. And it’s an opportunity for them to demonstrate and sharpen their problem solving skills.

The two teams are:

And their Coach: Mr. Aymen Sellaouti.

These are the people who will be representing INSAT for the first time in the ACM ACPC 2017 in Sharm El Sheikh (Egypt) from 24 to 28 November.

After some serious efforts and hard work, they’ve won the INSAT collegiate programming contest and made it through the national finals: the Tunisian Collegiate Programming Contest (TCPC); which was held in Sup’Com in March 2017. They got qualified for the regionals in hope of reaching the international ICPC; the reason for which the ACM INSAT CPC club was founded.  And since then they’ve been practicing and building strong teams by hosting weekly training courses and many online contests and some Hubs to improve their competitive programming skills.

Finally their efforts are paying off!

We should be proud of our fellow “INSATians” and wish them best of luck and hope they make it to the top!