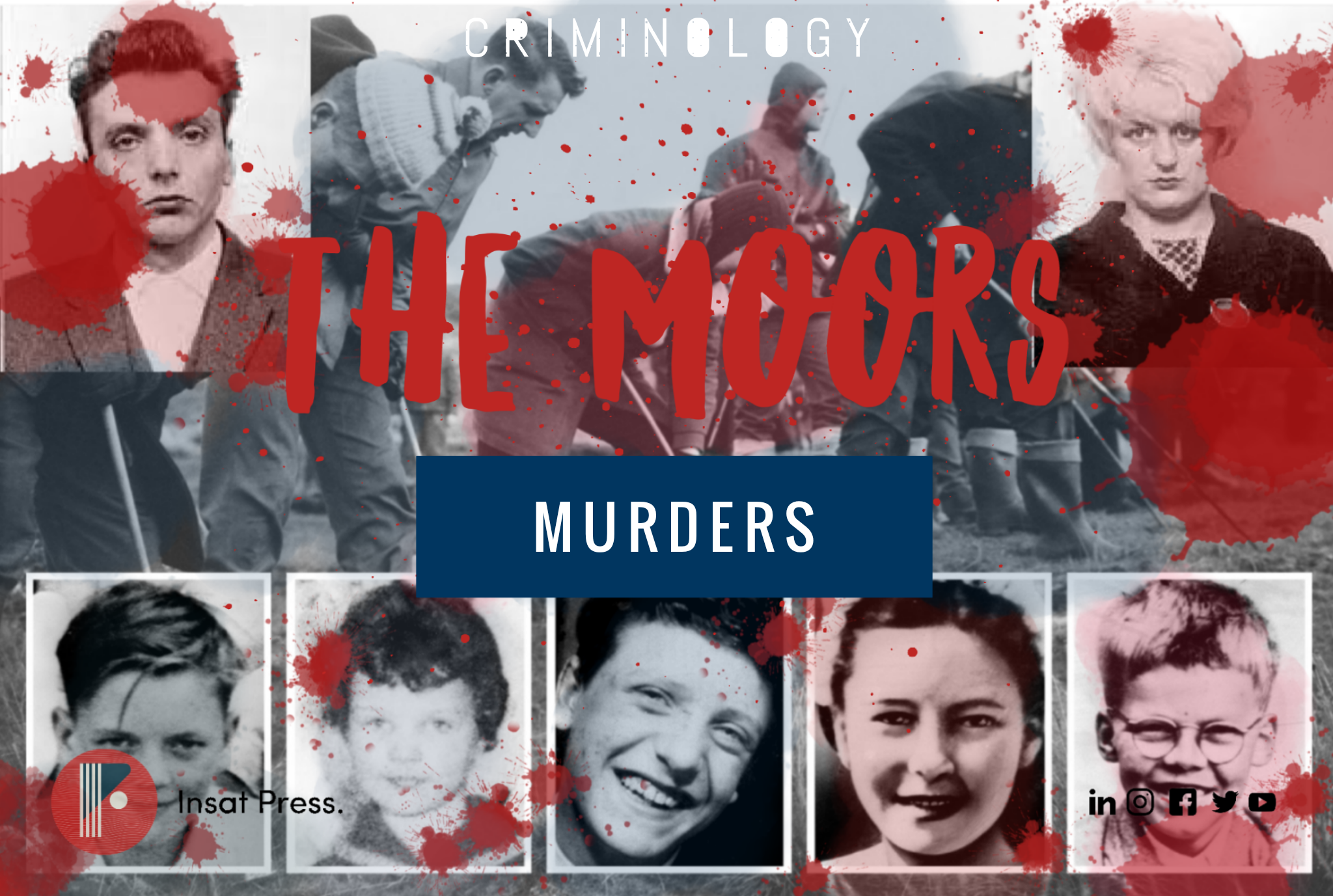 On the night of October 6th, 1956, the British police department received a call from a young man reporting the murder of a youth. Ian Brady and Myra Hindley were a young British couple who found love through their peculiar childhood and « thrived » together through the past and its wounds.

Ian, originally named Ian Duncan Stewart, was born on January 2, 1938, in Glasgow in foster care. In his teen years, he was heavily fascinated by Alfred Hitler and his ideologies. To say the least, Brady knew his Marquis de Sade better than anyone he had met.

Myra was born on July 23rd, 1942 in Crumpsall. She lived with her grandmother away from her parents. At eighteen, she took a job in an office in Manchester and became wildly infatuated with a tall, good-looking Scottish man in his early twenties. Eventually, they become lovers, and she was not too shocked to learn that he has been in prison, nor alarmed when he proposes that they embark on a criminal career, robbing banks.

In fact, this Bonnie and Clyde duo never comes about; instead, they decide on a more serious crime: Killing children; she lures them into the car, and later helps in the disposal of the bodies on Saddle worth Moor. The first Moors Murder, that of Pauline Reade, happened on July 12, 1963, a month after Brady had moved in with Myra at her grandmother’s house. The only information we have about the murder is from the confession of Myra Hindley in January 1987, when she finally decided to admit her guilt.

According to Myra, she picked up Pauline Reade, who was sixteen, and a friend of her sister Maureen, in a minivan. Pauline was on her way to a dance but agreed to go and look for an expensive glove which Myra claimed she had lost at a picnic on Saddle worth Moor. Myra offered her a pile of gramophone records in exchange. When they were on the moor for about an hour, Brady arrived on his motorbike and was introduced as Myra’s boyfriend. Brady and Pauline then went off to look for the glove, while Myra waited in the car. Later, Brady returned to the car and took her to Pauline’s body. Her throat had been cut, and her clothes were in disarray, indicating rape. They then buried the body with the spade that Myra had brought in the back of the van.

Many books in the Moors Murder case imply that Brady’s attitude towards Myra was cold and manipulative. In fact, it seems that she was over-awed and fascinated by her lover. She declared later: « Within months he had convinced me there was no God at all: he could have told me the earth was flat, the moon was made of green cheese and the sun rose in the West, I would have believed him ». Within a fairly short amount of time, Myra had been indoctrinated. She was soon as enthusiastic as he was about the Nazis. From then on, it was only a small step to accepting the ideas of the Marquis de Sade, whose basic ideology is that violence and rape are the supreme pleasure.

On Saturday, November 23, 1963, the couple drove to the small market town of Ashton-under-Lyne. A twelve-year-old boy named John Kilbride had spent Saturday afternoon at the cinema, then went to earn a few pences doing odd jobs at the market. It started to get dark and fog came down. At that moment, a friendly lady approached him and asked if he wanted a lift. It seemed safe enough, so he climbed in. It was the last time he was seen alive.

On June 16, 1964, twelve-year-old Keith Bennett set out to spend the night at his grandmother’s house in the Longsight district. When his mother called to collect him the following morning, she learned that he had failed to arrive. Like John Kilbride, Keith Bennett had accepted a lift from a kind lady. His body has never been found.

On December 26, 1964, there was another murder. Like the others, this was planned in advance. Myra had arranged for her grandmother to stay the night with an uncle. At around six o’clock that evening, she picked up ten-year-old Lesley Ann Downey at a fair in Hulme Hall Lane.They took Lesley back to the house in Wardle Brook Avenue, and switched on a tape recorder. Myra was in the kitchen when she heard the child screaming. Brady was squeezing Lesley’s neck and ordering her to take off her coat. She was then made to undress and to assume various ‘pornographic’ poses while Brady photographed her. Lesley screams and demands to be allowed to go home. At this point, Hindley was ordered to go and run a bath; she stayed in the bathroom until the water became cold. When she returned, Lesley had been strangled, and there was blood on her thighs. The following day they took the body to the moors and buried it.

On October 6,1956, Myra went to her sister’s flat to pay her a visit. Towards midnight, she asked David Smith, her sister’s boyfriend, to walk her home. As he stood waiting in foyer there was a scream from the sitting room, and Myra called,  »Dave, help him! » As Smith ran in, Ian Brady was hacking at the head of a teen boy who was lying on the floor. In spite of blow after blow, the young man continued to twist and scream. Finally, when he laid still, Brady pressed a cushion over his face and tied a cord around the throat to stop the noise.

The room had been cleaned up, and the body was carried upstairs in a plastic bag. The victim was seventeen-year-old Edward Evans, who had been picked up from a pub that evening. Scaredy Smith agreed to return with an old stroller the next day, and helped at the disposal of Edward Evans. When he arrived home, Smith was violently sick. When he told Maureen what happened, it was she who decided to call the police. The next morning, Ian was arrested alone due to lack of evidence. Going through the case and after recovering some photographs, the police found Myra’s involvement in the case, and she was eventually arrested.

On the 6th of May 1966, Ian Brady and Myra Hindley were both sentenced to a lifetime imprisonment.  Myra was sent to Holloway and Ian to Durham, however, they wrote consistently. Brady knew from the beginning that he would never be released from jail. On the other hand, Hindley felt there was a good chance of parole. In 1979, Myra wrote an open letter to the jury begging to be released which complicated the alienation between the two lovers.

In fact, she claimed that she was brainwashed and blackmailed by him in order to help in the disposal of the bodies, and she stated that Brady alone was guilty of the murders and that she was merely his dupe. After consistent attempts, the jury found that Myra’s claims were untrustworthy and declined her proposal for parole. Also, Brady confessed to other murders that took place in Glasgow years before he met Myra.

The Moors Murders Myra Hindley, a chain smoker, had experienced ill health for much of her 36 years behind bars, suffering from angina, strokes, and osteoporosis. She eventually passed away in November 2002. Ian Brady has died aged 79 at the high-security Ashworth Hospital in Merseyside. His health began to deteriorate a year earlier. Shockingly, his last provocative wish was for his cremated ashes to be scattered on the same moors where he killed and buried his victims, but the judge didn’t allow it.

A letter for me 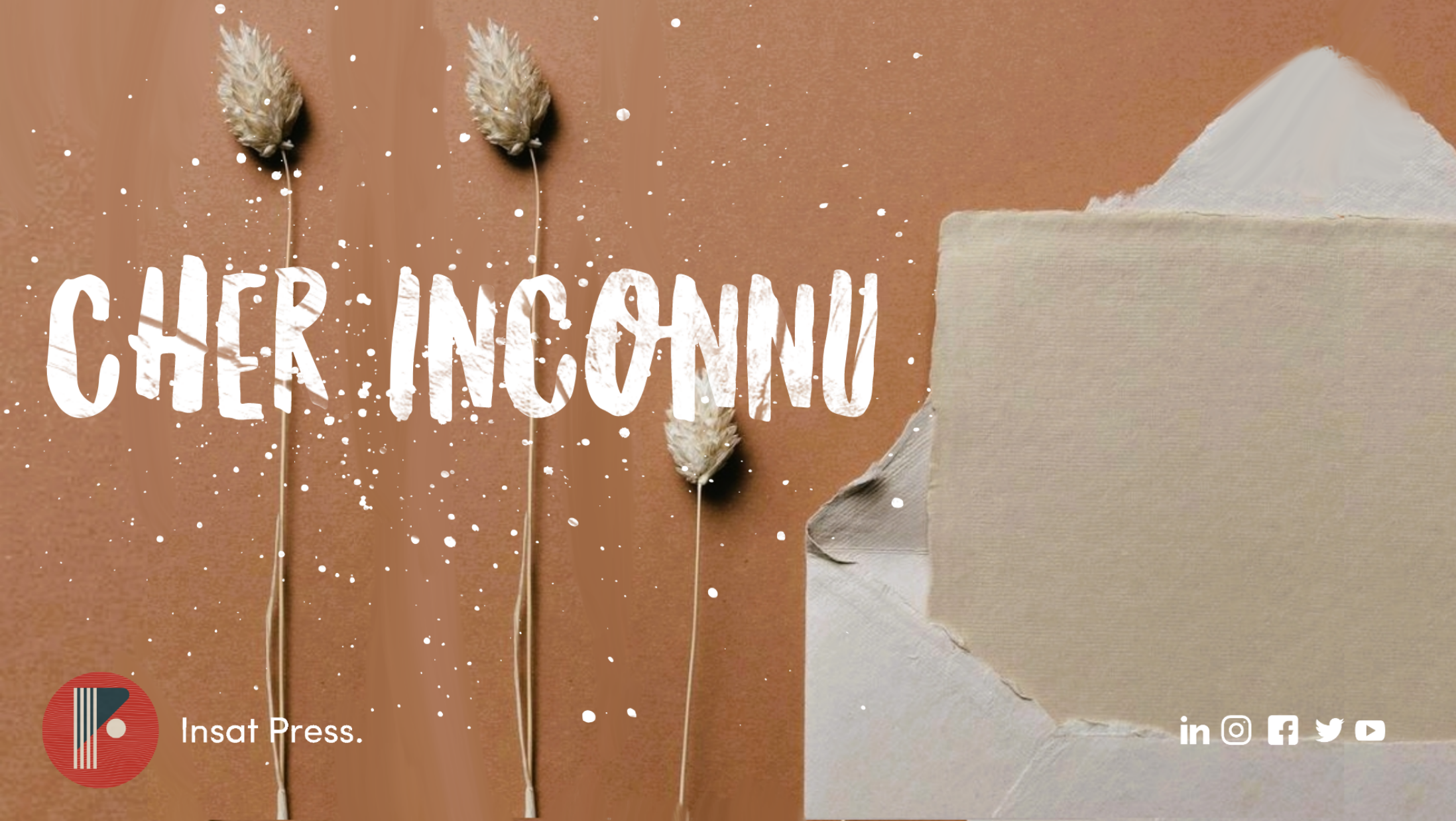