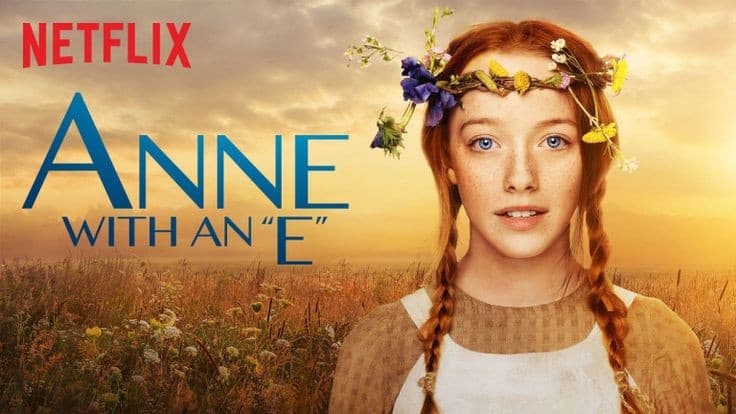 The journey of a misfortunate red-headed  orphane, seeking an escape from her shattered bitter past.
Raised in an orphanage where she was bullied for her physical appearance; red pigtails, a freckle-spattered face, and a skinny shape.
Anne, played by the super talented Irish actress Amybeth Mc, was not only hated because of her look, but she was also envied for her cleverness, massive imagination, and her passion for literature.
“She is wordy!”, using such poetic rhetoric made those around her feel threatened by her intelligence.

In her quest to find “a new home”, she is haunted by her past; years of violence and torture were following her. Traumatized by the fear of “never belonging to anybody”, that’s what she kept hearing in the orphanage, “nobody will want you for your looks!”.
“My life is a perfect graveyard of buried hopes” claims Anne while riding the horse with the tight-lipped Mathew, Robert Holmes, who BTW killed the role, claiming my favorite character spot.
Why this show?
What attracts me in TV shows is when you see a clear character development. In this show you will see Anne moving from being socially rejected for being an orphan first, and then for her different appearance, to a very supportive and easy-going person, who helped change the rigid society she’s living in.
Each and every character will hit different spots in your heart, starting from Mathew to the great Geraldine James, Marilla, and the kids whose acting was BIG TIME professional.
What is captivating about the show is the use of dark realism when reflecting the 1900 Canadian society.
“It is not sugar-coated “, “The mud is muddy. The rain is wet” claimed Walley-Becket.
The show has this drab and bleak mood that makes you sympathize with the characters. For instance when watching the scene where Billie sexually harasses Jossie, you will certainly feel that anger and pain of the unjust treatment that Jossie (the victim )faced.
If you are a feminist, you will Love this show!
Let’s say one of the dominating themes is feminism and women empowerment.
You will be triggered by the amount of misogyny and the typical gender roles that are present in the show, which is also relatable to our contemporary world.
“You should stay in the kitchen” , “ A woman can never be a leader”
“you have to get married”, ( we hear the last one very often in our Arab societies).
Unfiltered comments like these will fuel your anger while watching the show, but meanwhile, you will find Anne and the other girls getting back at them in a savage way. who run the world!
Anne always worships her womanhood and encourages the rest to do so, by defending Jossie when she got harassed and normalizing periods, “what’s the shame in that! I can make a whole person now”.
Personally, her speech affected me deeply in a way I started to actually appreciate being a woman.
I can write thousands of pages about how the show portrays feminism, but I gotta leave the floor for you to discover yourselves!.
Apart from womanhood, the show is full of other issues like racism, child abuse,( orphans were seen as disposable sinners), child humiliation, the brutal relationship between Anne and her professor Sir Phillips, Stephen Tracey, whose character, and also cole’s character, Cory Andrew, were used to present the LGBTQ community and how sexuality was dealt with back then.
The show pushes you to accept yourself regardless of race, gender and sexual orientation.

It is made for older people, since it criticizes major issues in our world, without relying on cheap and gross tactics to make the story more adult. We know several shows that do that (ehm sex education ).
Now go watch it and thank me later!

Review | Words On Bathroom Walls : What if our fears had a name? 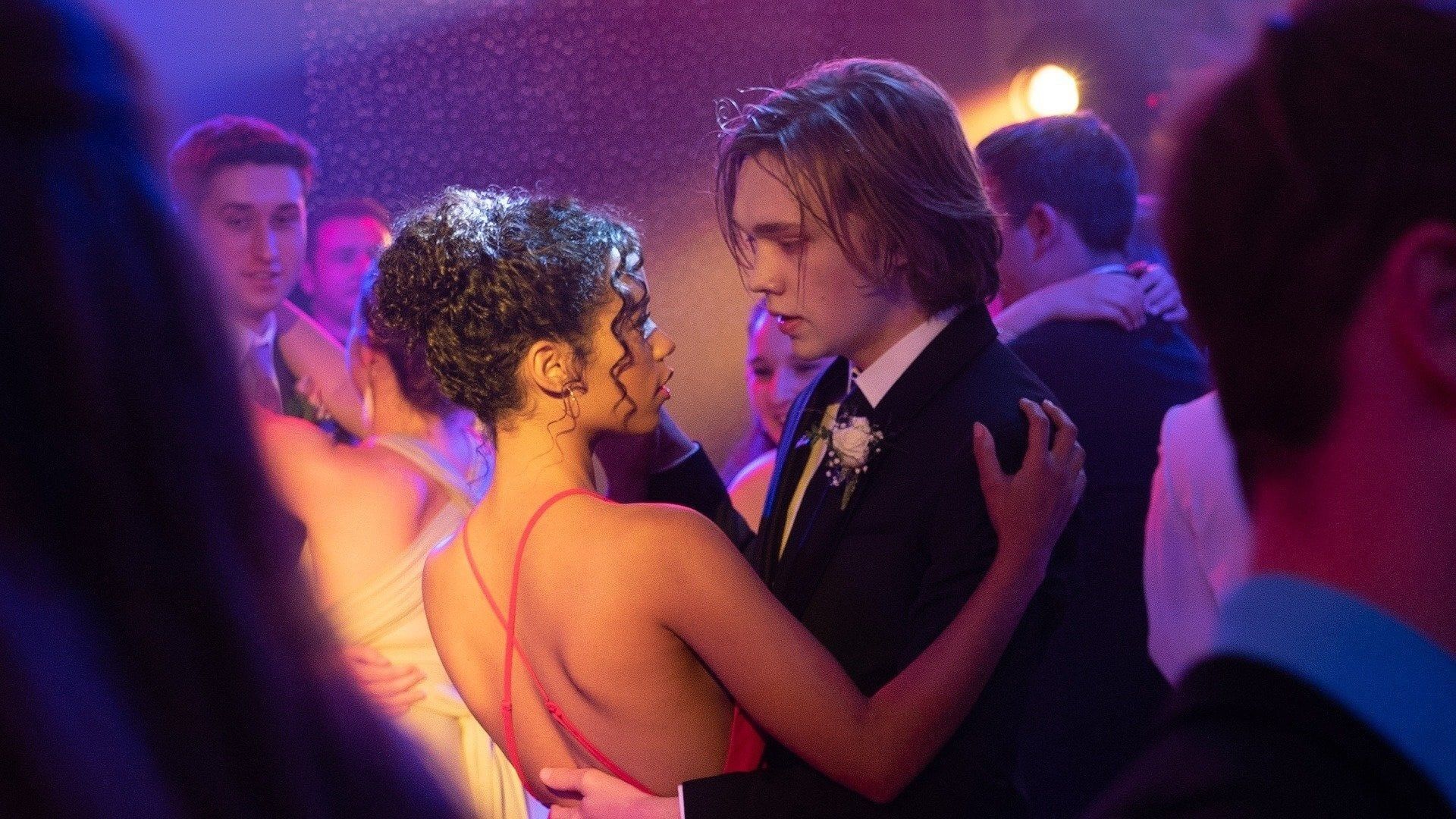 “Words on Bathroom Walls” was initially released on August 11th in selected theaters in the US and some other countries, excluding Tunisia from the list. Raising only $2.5 million against a budget of $9.3 million, the movie went directly to premium renting since several theaters were either already closed due to Covid-19 restrictions or have reduced capacity.

Another teen drama and romance; The fault in our stars, Five feet apart, All the bright places… We all cried in these movies and loved the surreal soundtrack that touched our hearts, then why would this be any different or worth the watch?

“Words on Bathroom Walls” stars Charlie Plummer, who plays Adam, our main character who has schizophrenia. That should be convincing enough to discover the mind of a person struggling with a mental disorder.

Other than the breathtaking cinematography, this movie is one of the few that dealt with schizophrenia, especially with convincing acting and a story full of tension. This movie is categorized as a romance movie, and that might be a reason for some people to watch it but also for others to hate it. However, the romance element in this story was almost nonexistent, as its only purpose is to lighten the story and give it enough soul to continue on its own.

The story begins with the main character Adam breaking the fourth wall by talking to his therapist in a way that makes him seem like he’s talking directly to the audience. The sessions are often shown with Adam in different shapes that reflect his real emotions in the course of the movie. At the very beginning of the film, we can see how he started discovering that he was mentally different by hearing and seeing these fictional characters, which seem to represent different sides of him: hope, love, desire, anger, and hate.

In each act of the movie, we can see one of these fictional characters taking the spotlight and dominating the scene to represent a different emotion that Adam’s heart wants to express. In some parts of the movie, it was really difficult and uncomfortable to continue watching, particularly when Adam is fighting with his inner demon, and us being paralyzed and unable to help, it almost equals seeing someone getting tortured.

The story is not about being ill but recognizing that you are a person with an illness trying to find your way through the dark. It’s also a shout-out to those with this voice inside their head, which maybe we all have. No matter how loud or quiet that voice is, we need to find our joy in life and love that will help us avoid shattering to pieces. Furthermore, it’s about letting “someone accept all of us” and “to let someone find you in all the dark and twisty places inside”, an encouragement, to make peace with ourselves and be open for others to love us with all our flaws and imperfections.

A well-developed, moving, and dark story, melodramatic and realistic dialogue, sometimes uncomfortable, and a score by the Chainsmokers that adds to the burning flames of sorrow. With that being said, “Words on Bathroom Walls” makes one of the finest releases of 2020, if not the best.

You can also check the book with the same title which this film is adapted from by Julia Walton.